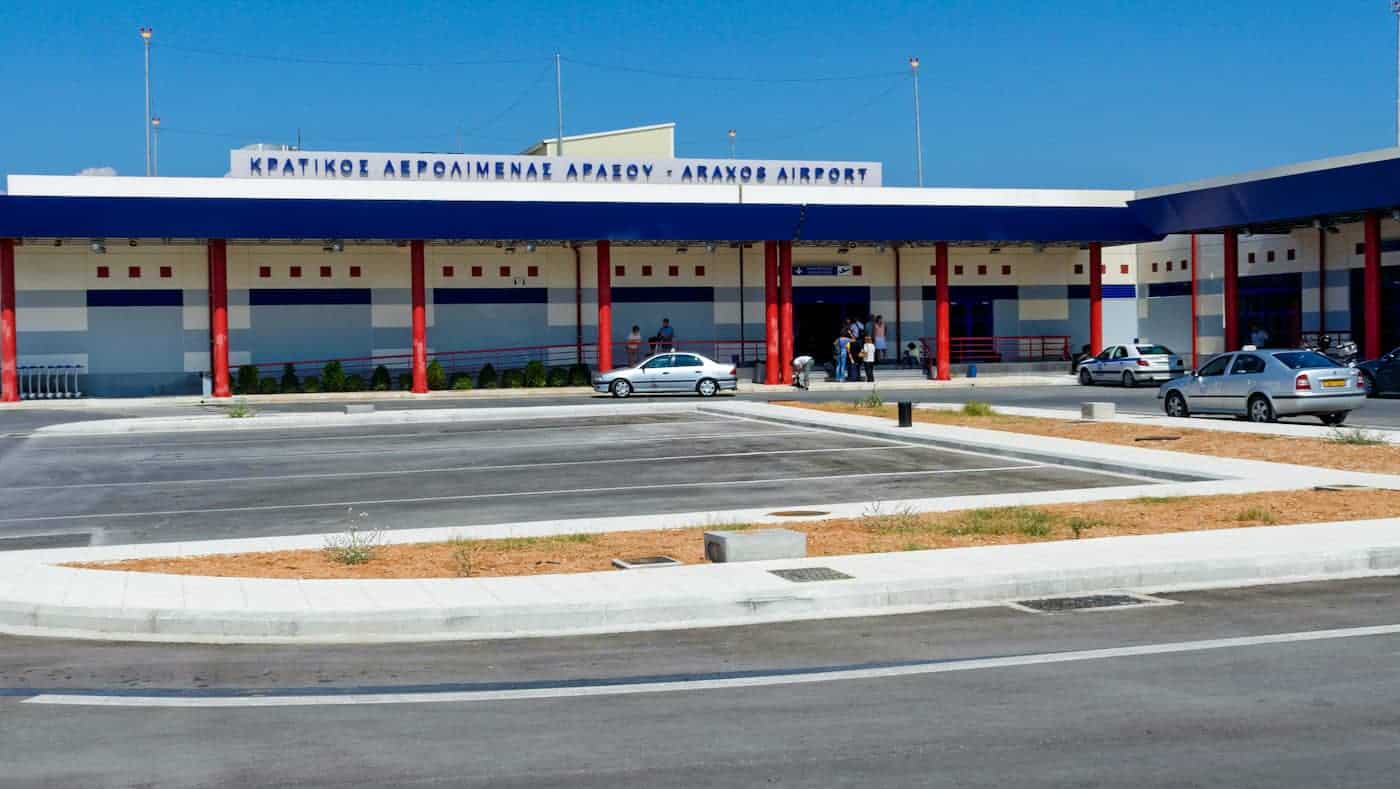 During the summer time Araxos airport it serves a few civilian flights from northern Europe. It is accessed next to the road south for E55. The airport code is GPA or less common LGRX. LGRX is the NATO designated code for the airport. The airport is located nearly 1 km east of the centre. The construction of Araxos airport bagan In the 1960s as a military airport . The 116 Combat was established in the area, which in turn, hosted the NATO 345 Air Munitions Company. The runway length is 4 km and is run south to north. Araxos airport is the closest airport to the city of Patras.

Find information about your Airport Airlines

Find information about your Airport Transfers

Araxos Airport
Araxos Airport
Araxos airport sees international carriers like Aeroflot, Jetair, TUIfly, and Ryanair for European connections. Also, Peloponesse connections are serviced by airlines like Moscow, Milano, Paphos, Prague, Alicante Airport and Stuggart. Along with these carriers, Lufthansa, Turkish Airlines, Aegean Airlines, and Air Berlin are amongst the others that are serviced here. The airport’s capacity is around 133,000 during its peak season. It is located 45 km near the city of Patras in the Municipality of Dytiki Archaia, along with the western Peloponnese region. It is also 260 km from Athens, the capital city of Greece.

Operations for the airport span throughout the year, with its services mainly being private jets in the winter. During autumn and summer, many destinations are European, with scheduled or charter flights for passengers.

Araxos airport is the twenty-eighth busiest airport in Greece with nearly 20.000 passengers.

Araxos Airport operates from 1969 and is located 50 minutes by car from the centre of the city of Patras.

Araxos Airport has limited operating hours, and it is dependent on the day of the week. It can be open on some days from 8 AM – 1 PM but is never open later than 9:30 PM. It is best to contact the airport before you arrive as there are times they are closed for a few hours during the day. If you decide to travel into or out of Greece through Araxos Airport, be sure to take in the sights as the country has so many to offer.

Things to see around

Greece is a beautiful country, and arriving at Araxos Airport will give you many sights to see. Just a short way from the airport is the clean and sandy beaches of the Ionian Sea. The nearest beach, Kalogria, is stunning and Strofylia forest and Kotychi lake, which are two of the eleven protected wetlands in the nation that aren’t far from the airport.

Taxi: If you are a passenger arriving at Araxos Airport, you can grab a taxi to reach your final destination.

Bus: KTEL Achaias, the Suburban Bus Company, operates to and from the airport to the city of Patras on schedule with flights by Ryanair.

Car Rentals: For extra convenience and for those who don’t mind driving on foreign roads, an optimal solution is a car rental. This is also strongly suggested, especially during peak travel periods. You can rent a vehicle through Avis, Hertz, or Dirent.

Much of Araxos and the community are deforested. Farmlands dominate the south, the southeast and east. Forests are founded in the southwest, the north, around Araxos, the south and within the military airport. Rocky landscape and some forests are to the west as part of Mavro Oro ( meaning Black Mountain). It has an around 150 m tall mountain running southwest to northeast and an around 286 m mountaintop to the west. It also has a mountain range running south to north with a length of around 5 km and is mainly cliffy in the south. Another small mountain is in the northeast with the range running south to north with a tower on top of the mountain. The Pappa Lagoon which runs southwest then south to north is in the north and is only 100 m from the Araxos – Lakkopetra Road.

Scroll back to top

Notice: © araxos-airport.com is not the official GPA airport website of Araxos Airport for more info please read our latest disclaimer.